My Road to Dreamforce Part 5: The Final Countdown

- September 19, 2018
Earlier in the year when I started my #AwesomeAdmin journey, I set some goals:


I certainly have been listening to as many podcasts and webinars as I can, I got certified on May 1, and I hit Ranger status on July 1. I'm happy to say that attending Dreamforce is the last thing off my list, and that it was this tweet that really helped me get there.

The wonderful Admin Evangelist, Gillian Bruce, responded asking how she could help me achieve my goals, which lead to meeting other members of the Admin team for world tour in Toronto, which lead to the idea for Empower your Admin and Supercharge your Business.


If you'd had told me when I sent out this tweet on April 6 that not only would I be attending Dreamforce, I'd be speaking at it, I'd have told you you were dreaming! Quite honestly, this is how it feels when it comes up in conversation: 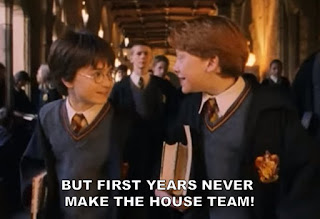 My co-presenter Michelle and I have spoken pretty much every second day for the last few weeks, but our conversations have progressed from content and design to what we're going to wear and what else we're looking forward to at Dreamforce, which is a welcome progression, but make no mistake - we've both put a lot of work into it.


We had out final run through with Salesforce staff on Monday, in which we were joined by our session manager Susan Smith, and the one and only Mike Gerholdt. After all, it is because of him that this session came to be! He inspired both Michelle and I earlier in the year, and we joined forces to hopefully impart some wisdom on some of our fellow #AwesomeAdmins.


So now it's the final countdown. Four sleeps until I board a plane for the Golden state! Twitter is a buzz with Dreamforce veterans sharing their tips and tricks for getting through the week, and the excitement is palpable!

I can't wait to see some of my favourite people, learn, and well, whatever else is in store for me at my first Dreamforce! (I'm really excited and trying to keep it as toned down as I can...) 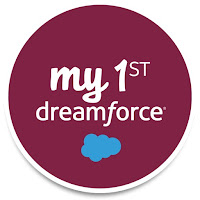